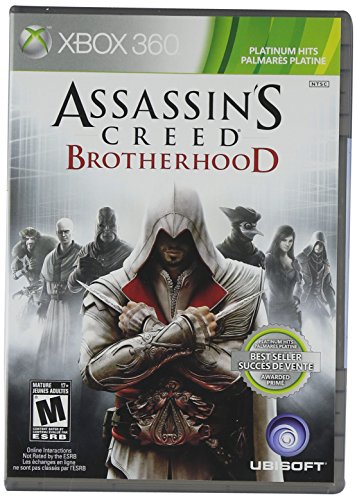 But something’s gone wrong. Brotherhood has added so many layers of sound that it’s lost the melody completely. Is Ezio singularly focused on getting back the Apple of Eden, the MacGuffin crucial artifact that can exert absolute control over mankind? No, he’s balls‐deep in Roman real estate, buying shops so he can earn more money so he can buy more shops. Or he’s training new recruits with a menu‐driven process that’s about as exciting as Progress Quest.

None of this has anything to do with the plot of the game, but that’s the whole point. Filler of the Brotherhood sort is quite common in modern games. It’s an easy way to parallelize the development process: the team that works on the side quests doesn’t have to keep in sync with the team working on the main quest. But it’s also an easy way to bury the kernel of an excellent game beneath a stack of laundry lists.